Aftershocks: Experiences of Japan’s Great Earthquake explores the impact of Japan’s deadliest natural disaster on everyday lives through objects from the University of Melbourne’s East Asian Rare Materials Collection. In the 1920s, Tokyo was an economic, administrative and political hub. But at two minutes to noon on 1 September 1923, the city was devastated. A massive 7.9 magnitude earthquake struck the Kantō region, flattening the cities of Tokyo, and Yokohama, killing approximately 120,000 people and rendering a further 2.5 million homeless, all in one day. This cataclysmic event sent out far-reaching aftershocks that irrevocably altered both the Tokyo skyline and Japanese society. Aftershocks brings together previously unexhibited postcards, diaries and maps with contemporary images and narratives from the 2011 Tōhoku earthquake and tsunami to powerfully communicate the devastating scale and ongoing impact of both natural disasters. Highlights of this bilingual exhibition include historical commemorative postcards, children’s drawings produced in the aftermath of both disasters and prints of the Japanese god of earthquakes, the giant mythical catfish namazu. 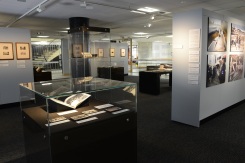 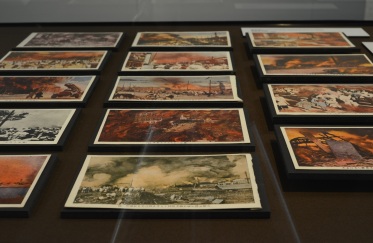